Over the last few months, I’ve received a lot of emails and enquiries asking me about gluten and gluten-free recipes. It seems like gluten is a popular subject right now. Gluten is a sticky protein commonly found in wheat and other grains which some people find hard to digest. It’s the stuff that makes bread dough gooey.

For people with a sensitivity, gluten can cause many symptoms including bloating, stomach upset, indigestion, constipation, and diarrhea – none of which are very pleasant.

A large and ever growing percentage of the population is either gluten intolerant or gluten sensitive. Current estimates suggest that about 6% to 7% of the U.S. population may suffered from this problem which means some 20 million people in the United States alone could have the condition. Severe gluten intolerance is called celiac disease which is an autoimmune disease and while similar, is something more severe than just sensitivity to gluten.

Avoiding gluten is not always easy as wheat and grains are commonly added to many processed foods. That’s what inspired me to collect these recipes together. Meat, fruit, and vegetables are all naturally gluten-free but who wants to eat those foods all the time? That’d be pretty boring I should think!

So, to help you eat healthily but also avoid gluten, here are my favorite gluten-free recipes, organised into dinners, main dishes (lunches), desserts, and recipes for kids. My aim is to make it easy for you to find something delicious and gluten free to eat that both you and your family will love.

Meat and potatoes never tasted as good as they do in this gluten-free shepherd’s pie. Make it for dinner tonight. 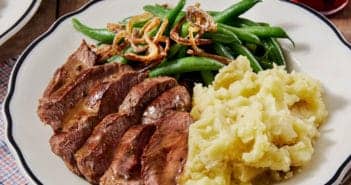 Steak and potatoes are the perfect dinnertime treat. Here’s is a recipe for this week’s best-tasting dinner. 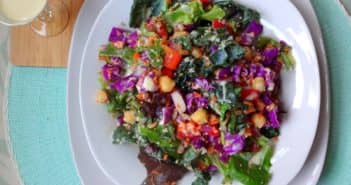 Salads don’t have to be boring. In fact, they can be amazing! Make sure you try this super-duper power salad for lunch. 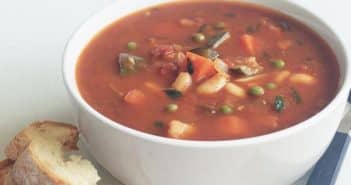 If you love soup, you’ll enjoy this recipe for Italian bean soup. Filling and tasty, it’s gluten-free too. 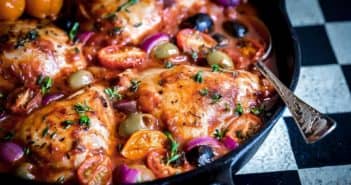 Sometimes I like to do a gluten cleanse and avoid gluten for 1 week. 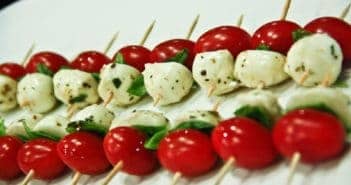 bored of the same old snacks? Me too! This fun, easy, healthy snack will have you coming back for more, and without ruining your healthy eating diet. Light and tasty, but filling too, this is the perfect snack. 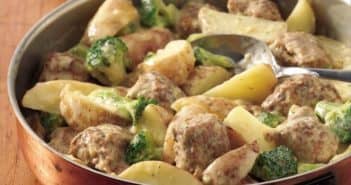 Filling and nutritious, this impressive-looking meal looks like it took ages to make but, in reality, takes less than an hour from start to finish. It’s quickly become one of my dinnertime favorites, and I’m sure it’ll soon be one of yours too.

if you love steak, but hate tough meat, this recipe is for you. The unique combination of ingredients means that this steak will melt in your mouth! 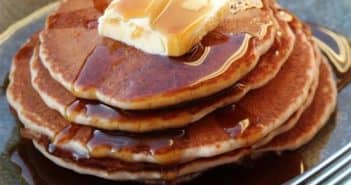 Pancakes are a great way to start your day! The trouble is that a lot of readymade pancake mixes are far from healthy. These buckwheat pancakes are gluten-free, and the perfect start to your day! 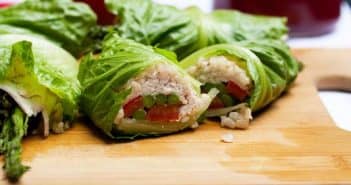 When you go gluten-free, the first thing you tend to miss is bread. After all, without bread, how can you make your lunchtime sandwich?!