More and more people are concerned about the effect gluten can have on their health. According to studies, as many as a third of all Americans are currently trying to reduce their gluten intake. It seems that, for many people, gluten is a big deal. But, ask most people why they are giving up on gluten or, indeed, what gluten is, and they just don’t know. They have heard it’s bad but aren’t sure why.

In this article, and the others you’ll find in this section of Days to Fitness, I want to explain the effects of gluten, and how you may benefit from cutting down or eliminating it from your diet entirely.

Gluten is the general name for the proteins found in wheat, rye, barley, oats, and other starchy grains. Gluten is what gives these foods their springy texture and is what makes the dough from these grains sticky. Most people consume gluten in the form of bread, pasta, breakfast cereals, and baked goods such as cakes and cookies. It’s also present in many beers.

An estimated 1 in 133 Americans, or about 1% of the population, has celiac disease

How can gluten affect you?

Some people are gluten sensitive, gluten intolerant, or suffer from celiac disease. In all these cases, the sufferer reacts badly to the presence of gluten – a sort of allergic reaction. That reaction can be something as mild as a little gas and bloating to a full-blown allergic reaction requiring medical treatment. It all depends on the severity of your condition.

Celiac disease, for example, is a serious medical condition that effects the immune system. Gluten triggers an autoimmune response as it is viewed by the body as an unwanted invader. This immune system reaction can cause damage to the intestinal wall leading to nutrient deficiencies, serious digestive issues, anemia, fatigue, impaired health, and an increased risk of developing many other serious diseases. Approximately one percent of the population suffer from celiac disease.

More and more people are being diagnosed as having problems digesting gluten. Research suggests that as many as 6-7 percent of all Americans suffer a degree of gluten sensitivity. Many people go through life suffering mild to moderate side effects from eating bread, pasta and other gluten-containing foods and are never actually medically diagnosed. YOU may have a gluten issue and not realize it!

Symptoms of gluten sensitivity, intolerance and celiac disease include:

It seems that gluten may also trigger negative effects even if you aren’t especially gluten sensitive. Gluten has been linked to an unpleasant problem called “leaky gut syndrome” where unwanted substances leak from the intestines and into your blood. And yes, that’s as disgusting as it sounds!

It also appears that in some individuals, gluten can cause mental and brain issues. Suffers of autism, epilepsy, and schizophrenia often respond very positively and improve when gluten is removed from the diet so it makes sense that gluten can also make these problems worse. 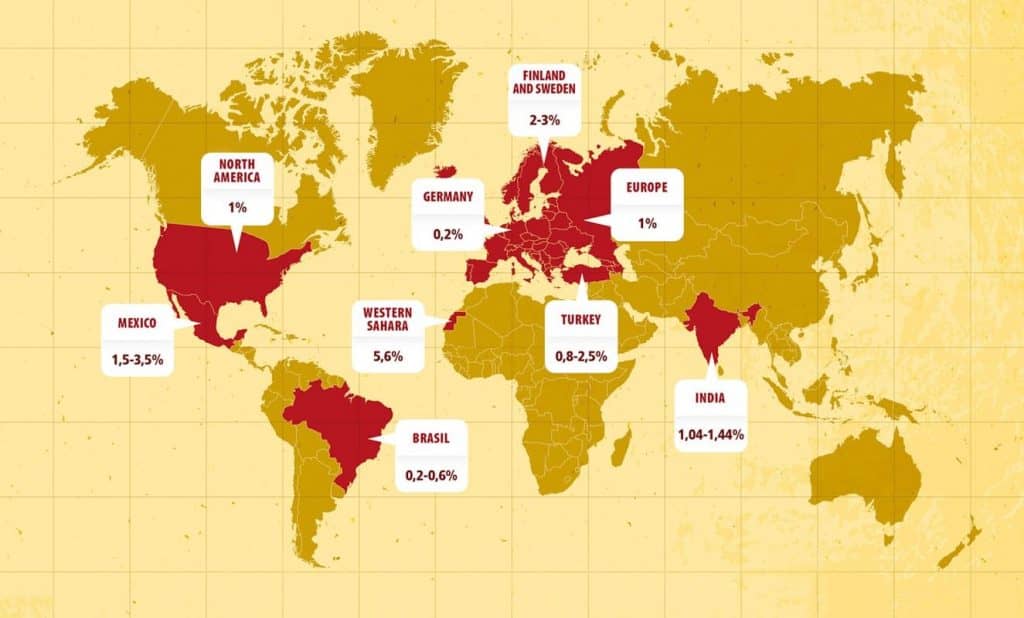 So, is gluten bad for you?

For many people, gluten can cause physical, medical, and mental problems and more and more people are developing a sensitivity to the effects of this substance. Cutting down on gluten could help alleviate a wide range of symptoms and one of the easiest ways to find out if going gluten-free will help you is to give up foods containing this troublesome protein.