You are at:Home»White Elephant Gift Exchange

I find buying the perfect Christmas gift hard. Besides all the time and the money involved, it’s also the frustration of not having a clue what gift I should buy the members of my family.

I like to surprise my friends and family with small gifts during the year, but at Christmas, expectations are much higher.

I wasn’t alone with this issue, so our family came up with a solution; we started playing White Elephant, and turned exchanging gifts into a fun game.

This is our 3rd year of White Elephant, also known as Yankee Swap. In Australia, it is called Dirty Santa.

If you have never heard of it, basically you buy one gift within a price range for a group of people. Gifts will then be swapped multiple times, and you never know which gift you will end up with. Laughs and smiles are guaranteed!

It’s funny. Unwrap, swap, and end-up with something humorous, if potentially useless, but certainly not expensive, and also fun to buy.

Family win-win. When you have a price budget (say around $40), anything around this price is legit. You aren’t buying for just one person, in particular, you buy for the group. So, no judgment, no frustrations, and no expectations.

Save time and money. We gather around 13 people at Christmas, so instead of buying 13 gifts, we each buy only one. This saves a whole lot of money and time as you don’t need to go from one store to another looking for ideas. We only buy specific gifts for kids.

A lot of laughs. The center of the game is not the gifts, but the participants themselves. You can expect loads of laughing and enjoyment.

It’s what is Christmas really about. For me, Christmas is about spending time with family and loved ones. Of course, we all like to receive a gift, but making the gifts the center of the occasion only leads to high expectations, stress, and frustrations.

Since we started playing White Elephant in our family, Christmas is much more enjoyable, with less frustration and fewer expectations.

This exchange gift game will make you and the all other participants laugh lots. You may still get the gift you like the most, but you could just as easily end up with the gift you liked the least. That’s what White Elephant is all about!

If you don’t know the game, it may sound confusing, but if you know what I mean you’ve certainly seen that happen lots of time.

You can do it at work, with your family, with your friends, or with your classmates from yoga. All you need to do is tell all the participants to buy one gift within the specified budget, wrap it up, and then let the fun begin! 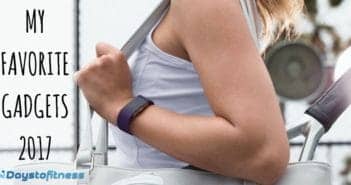 My Favorite Gadgets of 2017

I love gadgets – especially when they make any aspect of my life easier. I especially like health and fitness gadgets, as leading a healthy life can be hard at times. Anything that makes it easier to stick to healthy habits is very welcome. 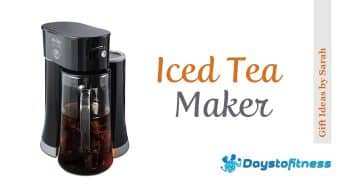 Can you imagine preparing iced tea in just a couple of minutes ? Includes a glass pitcher ! 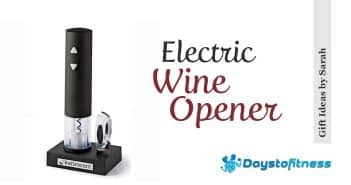 Wine Lovers, no more fights with the bottle. Enjoy the moment of opening a nice bottle of wine with this electric wireless bottle opener.

Different ideas for the perfect gift for less than $40. 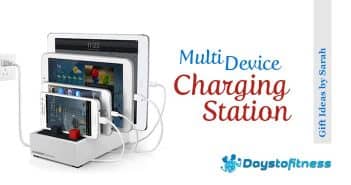 We all have several devices, now you can charge them faster and in one place only. A techie gift that everybody needs. 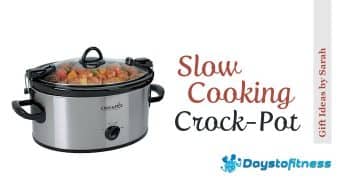 Slow cooking is an healthy and very easy way to prepare delicious meals. Just cut the ingredients, fill the crock pot, wait and that’s it.

When I started my current job a few years ago, they introduced me to a Christmas tradition called White Elephant. Because I had no idea what this was, I had to ask a few questions and do some online research to find out what was involved.

Now I know what White Elephant is, I want to tell you all about so you can enjoy it with your work colleagues, friends, and even your family.

What is a White Elephant

The term White Elephant means an object that is very expensive, but essentially useless. For example, if you spent $50,000 on a car but didn’t know how to drive, that car could be called a White Elephant.

According to Wikipedia, the expression White Elephant comes from sacred white elephants kept by the royal families of Southeast Asia, and was a sign that the owner had “reigned with justice and power, and that the kingdom was blessed with peace and prosperity.”

In modern times, the term White Elephant is used to describe anything that is expensive but fails to live up to its value. Examples include expensive buildings not fit for their proposed purpose, expensive projects that fail to produce results, and road improvements made to roads that are not used i.e. a new road to nowhere important or popular.

White Elephant is also a fun game that involves exchanging presents in an attempt to secure the best or most useful gift available. The loser is the person who ends up with the most pointless gift – like a comb for a bald person.

There are several different interpretations of the rules, but these are the most common:

1. Each person brings a wrapped gift to wherever the game is being played. All the gifts are then placed in a central area. The gifts should not be labeled, and it’s okay to disguise them by putting them in over-sized or odd-shaped boxes.

2. The players draw names to determine what order they will go in. Alternatively, the organizer can give each player a number.

3. The players sit in a circle so they can all see the pile of gifts. Ideally, they should sit in the order they will take their turns.

4. Player number one selects a gift at random. They then open it to make sure that everyone can see what it is.

5. Player number two then decides whether they want to steal number one’s gift, or take another gift from the pile. Players can either keep the gift they have chosen, or steal one from another player. However, if someone wants to steal your gift, you cannot refuse them!

6. The game continues in this fashion until all the gifts are unwrapped and everyone has a gift.

To make this game as fun as possible, it’s worth setting a few guidelines such as maximum gift price, or establishing a theme e.g. food or clothing items.

You can also play White Elephant “blind” which means the gifts are chosen and stolen without unwrapping them. Then, at the end when everyone has a gift, they are all unwrapped at the same time to see who as the best  (or is that the worst?)  White Elephant.